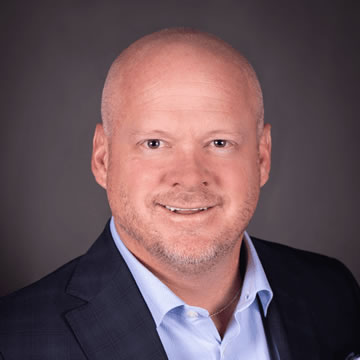 Division President, Mortgage Loan Originator Michael Bowen is a Licensed Loan Originator serving Englewood, CO and surrounding areas. With Michael and Elevate Home Loans, you can be confident that your transaction will start with getting to know your financial situation to determine the loan that best meets your current and future needs. Elevate Home Loans is dedicated to streamlining the loan process in order to shorten the time from loan application to closing without sacrificing service or quality. Whether you are purchasing or refinancing your home, Michael Bowen is here to help with all your home mortgage financing needs! 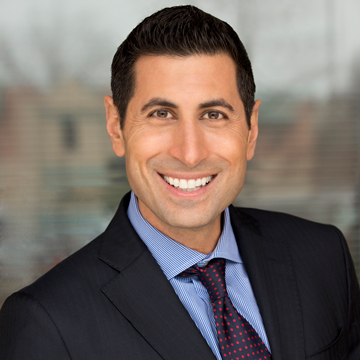 David Silverman founded NFM, Inc. (now NFM Lending) in 1998 with his girlfriend Sandy who Is now his wife. From a tiny corner office in Baltimore, Maryland with three employees, NFM Lending has grown into an award-winning, national home financing lender that employs over 750 people. As CEO, David leads through a culture of accountability where every team member is responsible for continuous improvement and growth. This has resulted in NFM Lending being named one of the top workplaces by several leading publications including The Washington Post, The Baltimore Sun, Mortgage Executive Magazine, and Scotsman Guide.

David has always been dedicated to giving back to the community, having led and been involved in all of NFM Lending’s charity initiatives. Organizations like Ronald McDonald House, Johns Hopkins’ Kelly Gynecologic Oncology Service, and Gary Sinise Foundation know they can rely on David and NFM for constant and growing support.

Always the entrepreneur, David owned and operated several small businesses before launching NFM Lending. He has been named one of the Most Influential Mortgage Executives in America and one of the Top 100 CEOs in Baltimore. David is a sought-after speaker and panelist at top mortgage industry events and conferences such as Mastermind Summit. 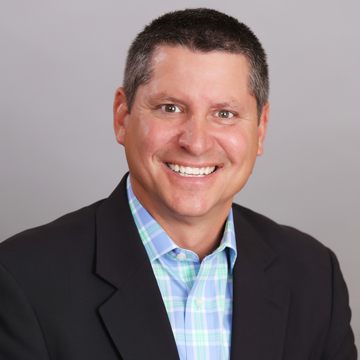 Jan joined NFM Lending in November of 2007. He has over 25 years of mortgage experience starting as a loan officer in the mid-90s. Prior to joining NFM, Jan worked at General Electric’s Consumer Lending Division, as well as Union Planters Bank. Jan leads the development and implementation of all major strategic plans at NFM Lending in conjunction with CEO, David Silverman. He has had an integral part in transforming NFM into a 3.5-billion-dollar residential mortgage company.

Ozga is passionate about creating a work environment that fosters opportunity and fairness. Even 12 years later he is seen daily walking  around our corporate headquarters engaging ALL employees at all levels to capture as much insight to improve the overall company experience. He is a highly energetic and motivated leader who completely understands the key to running a successful business is by creating a culture that is second to none. 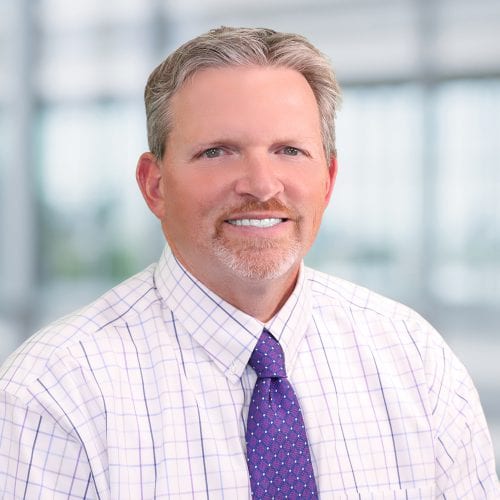 Chief Credit Risk Officer Shaun Hires started with NFM Lending in February of 2008 and was promoted to Director of Operations in July of the same year. In December 2015 he was promoted to Chief Risk Officer. As Chief Risk Officer, Shaun is responsible for operational risk identification, quality control, AMC & Servicing oversight, default management, and portfolio performance. With over thirty years in the banking business, Shaun has his Direct Endorsement authority from HUD, VA LAPP authority, as well as Rural Housing, FNMA, Freddie Mac underwriting experience. He obtained his Bachelor of Science in Business from High Point University. 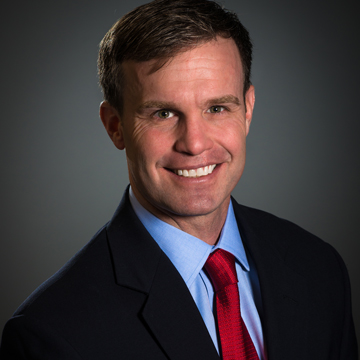 Bob Tyson has been with NFM Lending since 2015, serving a dual role as Chief Operating Officer and Chief Administrative Officer for the Company.  Bob is responsible for the oversight of the Executive Team, identifying and negotiating M & A opportunities., expanding NFM’s product base, P&L management, and overall management of the organization both administratively and operationally. During his tenure at NFM, Bob has placed high importance in acquiring and developing the most innovative and intelligent talent. This has led to improved efficiency, including the outsourcing of non-customer facing functions and reducing the cost to manufacture a loan. Under Bob’s leadership, the company’s business model changed from selling all its production to aggregators on a whole loan basis to a hybrid execution, including direct agency sales, GNMA issuance and retention of servicing.

Bob has experience as an executive leader in both the financial and operational aspect of the mortgage industry. His extensive knowledge of the mortgage process earned him the role of Chief Operating Officer for many industry stalwarts, such as: Fidelity & Trust Mortgage, Prospect Mortgage, and CMG Financial. Bob has led both bank and private mortgage lending companies, where he has managed all facets of originations including those for retail, builder, consumer direct, TPO Wholesale, and correspondent platforms. His expert-level insights on the secondary market were featured in the May 2014 Scotsman Guide.

Bob has focused a tremendous amount of his time and knowledge to the Capital Markets function, leading companies to place a greater emphasis on the importance of pricing and margin management. These types of strategies allow his team to stay competitive while also improving the forecasting of future income levels. He has also been a strong proponent of building a prudent servicing portfolio that has demonstrated consistent and steady growth during his tenure with NFM Lending. This has allowed the company to retain MSRs on its books. In addition, Bob has placed appropriate resources to the task of assuring that NFM Lending has the proper procedures and processes in place to meet agency guidelines, sub servicer oversight and quality control standards. He has developed various committees, including ALCO, Credit and Troubled Loan committees, that provide the Company with both compliance values and oversite over these areas as well as an internal audit function tasked with insuring that all departments are held to set standards.

Bob sat on the board of several industry influencing organizations such as the Freddie Mac-Regional Lender Advisory Board, the Freddie Mac-Loan Manufacturing Operations Advisory Board, and the Fidelity and Trust Bank Mortgage Advisory Board. He has served as a valued board member to Habitat for Humanity and Potomac Community Resources. In addition, Bob serves as a mentor for the Georgetown University Executive MBA Program, focusing on Leadership. Bob holds a BS in Political Science from Gettysburg College and is proud to have served his country as a Marine Officer from 1995-1999. 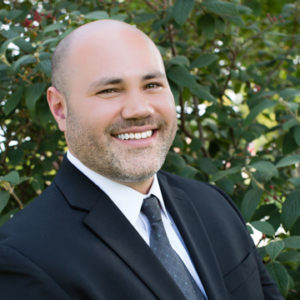 Matthew has been with NFM Lending since 2007. As CFO, Matthew is responsible for managing the Accounting, Payroll and Loan Funding functions of the company. This includes accounts payable, taxes, employee compensation, banking, financial reporting, budgeting, forecasting, audits and warehouse funding. Prior to this role, Matthew served as Controller and Assistant Vice President for Bozzuto Landscaping Company, a division of The Bozzuto Group.

Matthew received his Bachelor of Science degree in Accounting from the University of Maryland, College Park. He has been a licensed Certified Public Accountant in the State of Maryland since 2001 and a Chartered Global Management Accountant since 2012. He is also a member of the American Institute of Certified Public Accountants and the Maryland Association of CPAs. Matthew is a life-long resident of Maryland, an automobile enthusiast, and enjoys spending time with his wife and three children. 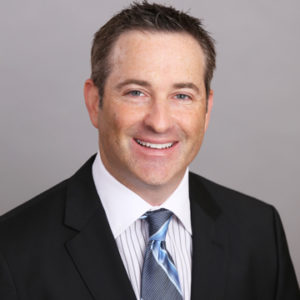 Chief Business Development Officer, Creator/Host NFM TV Greg Sher joined NFM in 1999 as a loan originator and worked his way up to Head of Business Development before opening up his own company, Citizens Lending Group in early 2003. After nearly 7 successful years as a correspondent lender, Sher rejoined NFM in July 2009, along with 106 of his employees, many of whom remain with NFM to this day, including several key department heads. As Chief Business Development Officer, Sher has had a hand in building the recruiting and marketing departments from the ground up. In late 2015, he created the NFM Salute (www.nfmsalute.com), which recognizes current and former military members every month for their service. Through the NFM Salute, NFM has donated several hundred thousand dollars to multiple veteran-related charities. In 2017, Sher created and launched “NFM TV,” which quickly gained recognition as a national leader in mortgage-related interviews and video content (www.nfmtv.com). Before entering the mortgage industry, he was Sports Director of WBAL Radio in Baltimore where he hosted a drive-time sports talk show on the Orioles and Ravens flagship station. He also did weekend sports anchoring on WBAL TV. 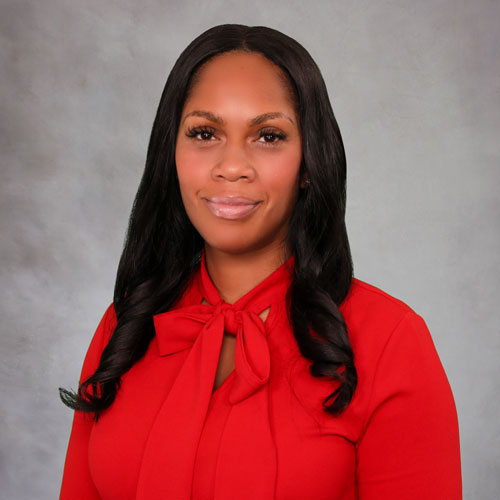 LaTasha Rowe has been with NFM Lending since 2010. Prior to joining NFM, LaTasha worked as an Attorney in private practice representing private and publicly traded entities on legal issues, ranging from corporate governance to multi-million dollar commercial real estate purchase and finance transactions. She is a member of the Maryland, Virginia and Washington, D.C. Bars. LaTasha is also an active participant in numerous industry-related associations including the Mortgage Bankers Association and the Maryland Mortgage Bankers Association, where she participates on the Legislative Action Committee. LaTasha oversees all corporate governance, systems administration and licensing matters for NFM Lending, and works in collaboration with each department on the development and execution of policies and procedures.

LaTasha received her Bachelor of Science from University of Maryland with honors, and holds a Juris Doctorate from the University Of Baltimore School Of Law with honors. LaTasha is from Silver Spring, Maryland and enjoys indoor rock climbing in her free time. 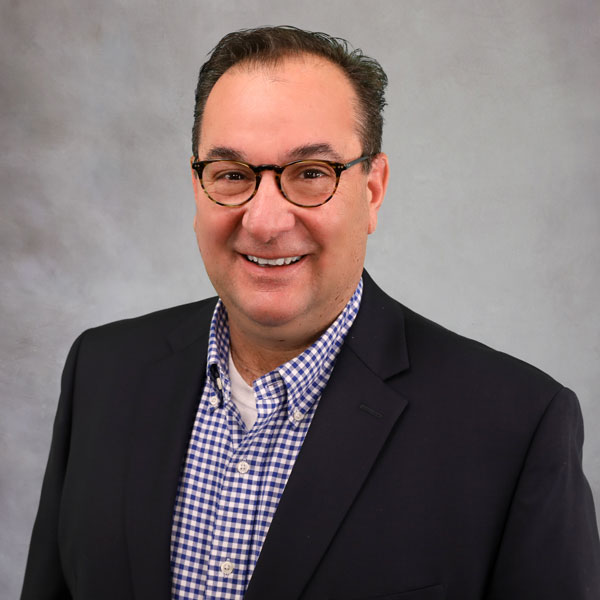 As NFM’s Chief Information Officer, Christos Bettios has enterprise-wide responsibility for all systems and technology. In addition to maintaining and enhancing our systems, Christos is responsible for developing and deploying industry-leading innovations focused on providing exceptional customer experience and enhancing the loan officer origination activities with automation.

Prior to joining NFM in 2017, Christos has been responsible for technology management, product development, and solutions implementation for some of the biggest names in the mortgage industry, including: US Bank, First American Title – Mortgage Services, and Fannie Mae. Christos has dedicated his career to leveraging innovation to improve the mortgage loan life cycle. He has been directly involved in technology strategy and implementation of regulatory and investor guidelines with large lenders, such as CitiMortgage, Bank of America, US Bank, NYCB, and JPM Chase, as well as many smaller originators, community banks, and credit unions. Christos led the deployment of MISMO standards for underwriting, closing collaboration, and investor delivery and was one of the early developers and adopters of digital mortgage and electronic loan closings.